You may have read our Travel Hacking Series, but we want to share a little more. It’s great to see the how and the why, but here’s a first hand sampling of what we’ve been able to do in the last three months thanks to following exactly what we posted about!

We went to New Orleans over Christmas. We flew for free and stayed in a prime location for free. Now, we didn’t love the hotel, but that was simply because we chose incorrectly, not because we were using points and had to pick somewhere bad in order to save money. They were in the process of renovations so it just wasn’t a good time. Our trip, however, was incredible! Getting to experience a brand new city for very little money was the best way to do it. All that we saved in travel and lodging could be put towards one of the most important parts of NOLA – the food! 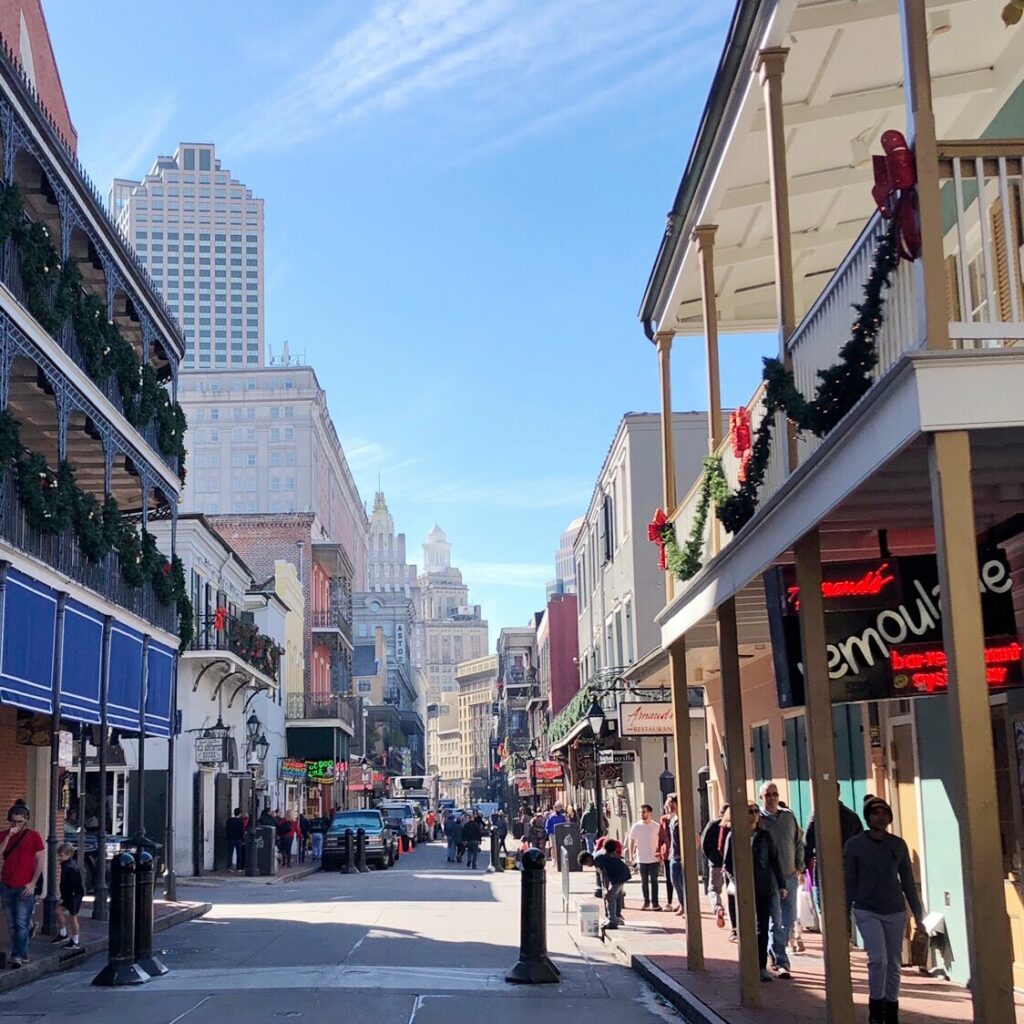 Josh was going on a weekend up trip to surprise his dad for his birthday. Originally I wasn’t planning on going, but on a whim decided that I should go. Thankfully for points, I was able to get a ticket at the last minute, no problem.

The night before we left for Pittsburgh, we decided that we should stay at a hotel when we first got into town. We were arriving late at night and since it was a surprise, we obviously didn’t want to ruin that by having someone come pick us up at the airport… Chances are that word would get out quickly that we were in town. Instead, we simply got a hotel (for free!) the night that we got there. No one knew we were there at all, so we were able to carry out our surprise the next day without a hitch! 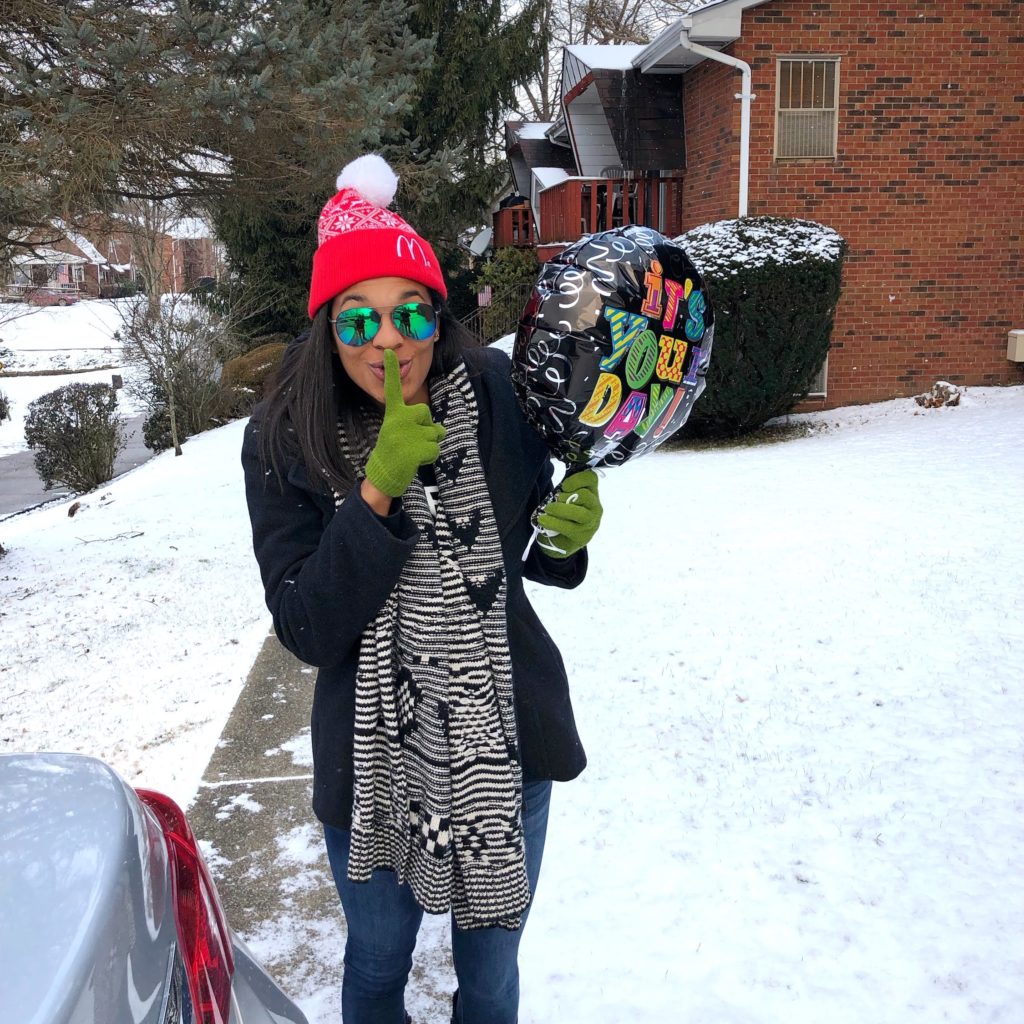 If you were following our Instagram story, you know that we were recently in San Francisco for a wedding.

Destination weddings are so awesome, but oftentimes I don’t want to be invited. Not because I don’t want to go, because I do. However, it’s hard to not think about the large expense involved. Thankfully travel hacking has put us in an incredible position where we’re not just wishing that we could go! Instead, we can say that without a doubt, no questions asked, we will be there.

First things first, San Francisco (or I guess California in general) is a pretty pricey city. There was a large convention in town the same weekend, which made hotel prices go up even more. 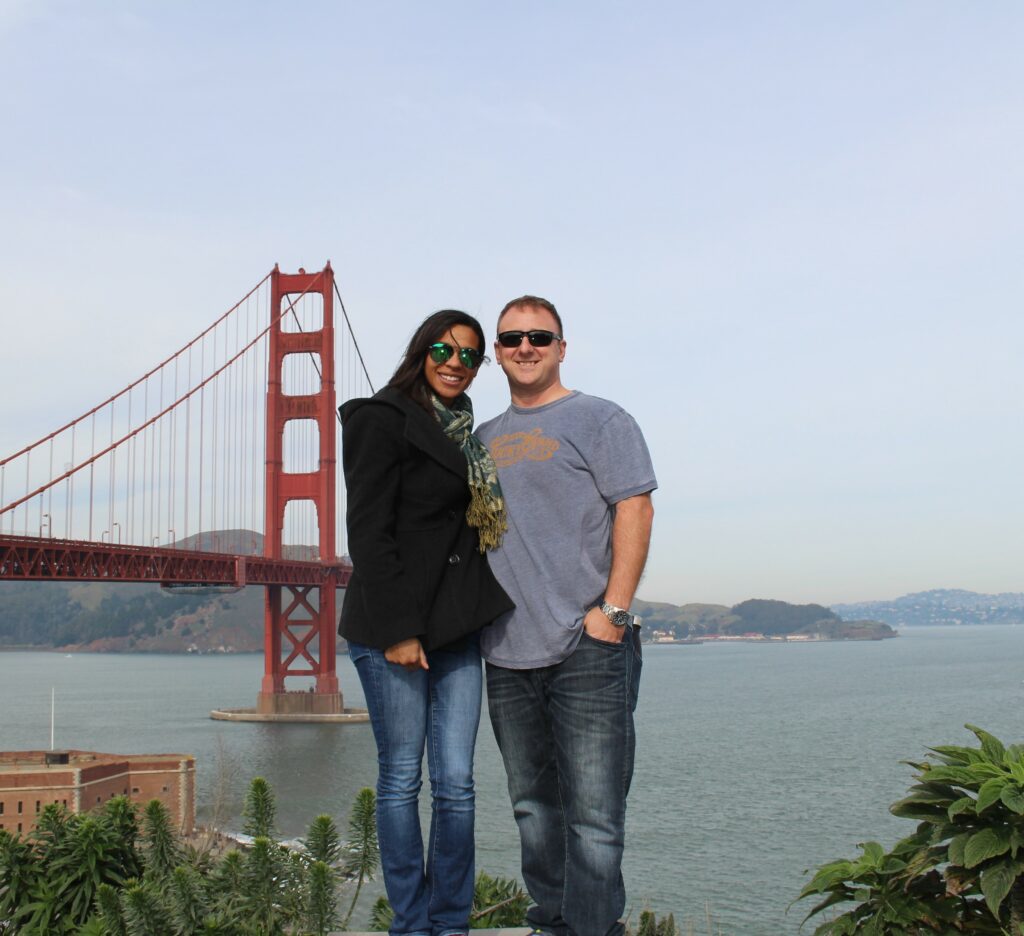 My favorite aspect of travel hacking (well, besides the free travel… that’s obviously a huge plus) is that it allows us to be more generous. Because of our points, not only did we stay for free, but we were able to get a room for our aunt and uncle. The feeling to get to tell someone “hey don’t worry about your hotel, we’ve got it covered,” is hard to describe. Knowing that there is one less thing that they’ll have to pay for is so rewarding. It made them so happy, which in turn made us so happy. Being able to give freely is the best.

Our flights would have been $715.00 round trip. So right off the bat, we’re looking at $3,000 – for flights and hotel only. This is quite a bit, so obviously we were thrilled that our points would cover these.


Ok, but what about when you get there?

Don’t get me wrong, we definitely spend while in these cities – it’s not that our travel is 100% free, but we’re able to spend money on the important things: experiences and food, of course. But this goes back to why we’ve been so strict about budgeting and paying off debt in the first place. 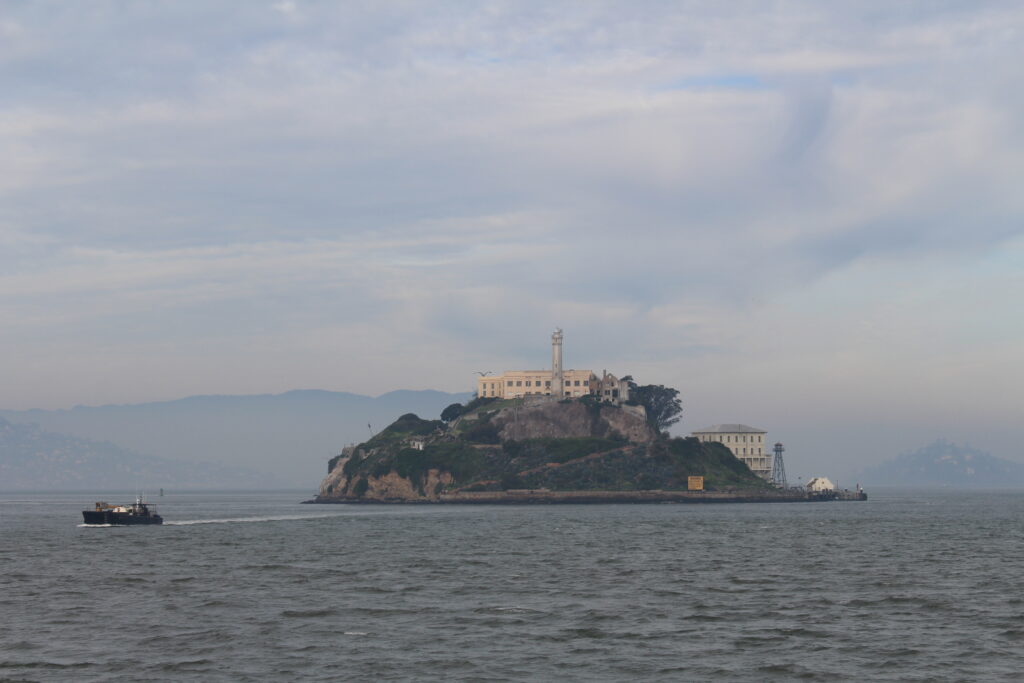 We are officially out of debt and working hard to save up as much money as possible, but we’re living in the process. We’re able to have these awesome experiences and not feel stressed out about the money that we’re spending. I would normally skip out on something like going on a tour of Alcatraz because I didn’t want to spend the money. But instead, we jumped at the opportunity – and even bought tickets for other people to come with us! It’s cool to be in a place where we don’t think twice about dropping $150 on a whim because we’re not worried about the debt that the amount of money should be going to instead. We don’t feel guilty afterward, regretting the decisions we’ve made to experience things while on trips. 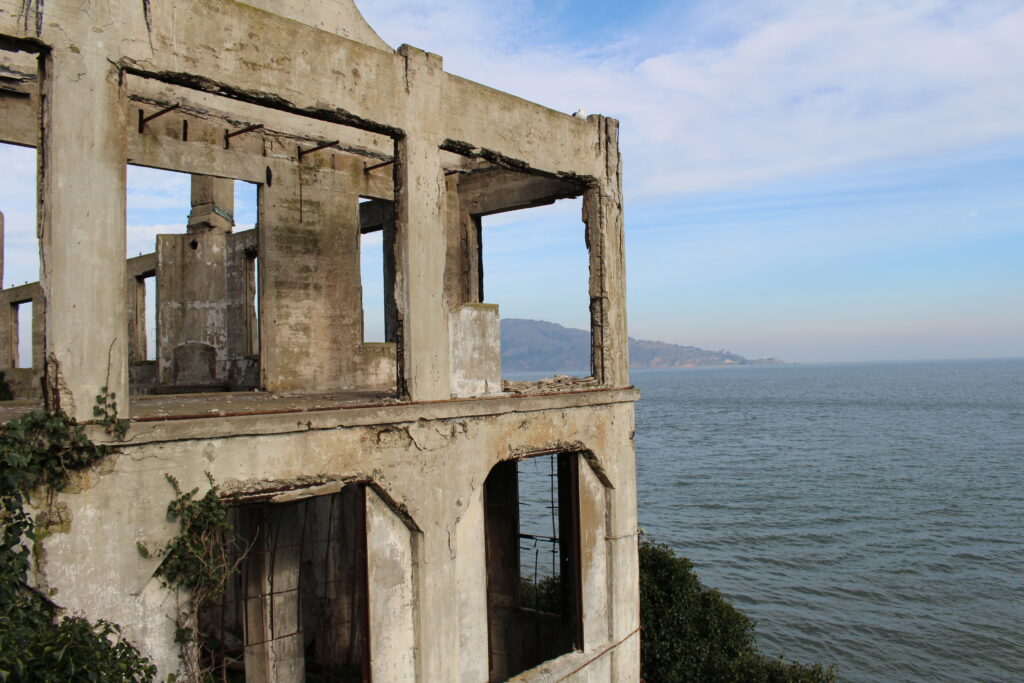 We have a budget set aside specifically for travel – $200/ month goes to a reserve fund (“sinking fund” if you’re a Ramsey-er) so that when these trips happen, we’re in good shape. The money is already set aside! We can feel free to go on a tour or go to a Steelers game because we planned for this! 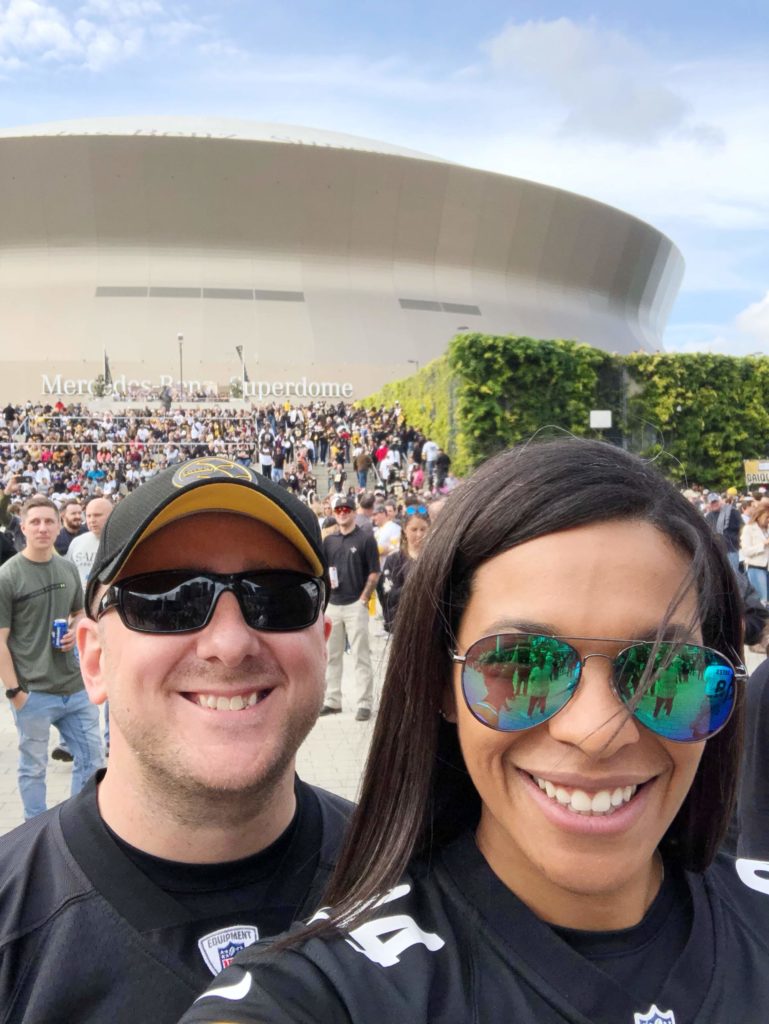 We have been taking care of our sick uncle for months now, which results in staying on the other side of the state often (about 3 hours from us). Normally, we stay with a friend of ours. This specific trip, however, that wasn’t an option as he was having some remodeling done at his house. We needed to go over, but had nowhere to stay. We were able to book for a few days at a hotel close by on the day of and not spend a penny.

We leave for Paris in a week and were able to get a hotel one block from L’Arc de Triumph, overlooking the Eiffel Tour… for NOTHING. We didn’t spend a dime. That’s $1,750 on the hotel alone that we’ve saved. We are definitely going to be spending money on this trip, but it will be on the experiences we have while there – and definitely on the food! It’s nice to not have to worry about where we’re staying or sacrifice quality in order to save money.


Adding it all up

This is the fun part. We’ve done a lot in the past three months and have saved SO much money on travel.

The funny thing happening right now is that we have SO many points, that we have to figure out places to go in order to use them before they expire – now THAT is a fun problem to have!!

I’m thinking some weekend trips will be happening sometime soon… 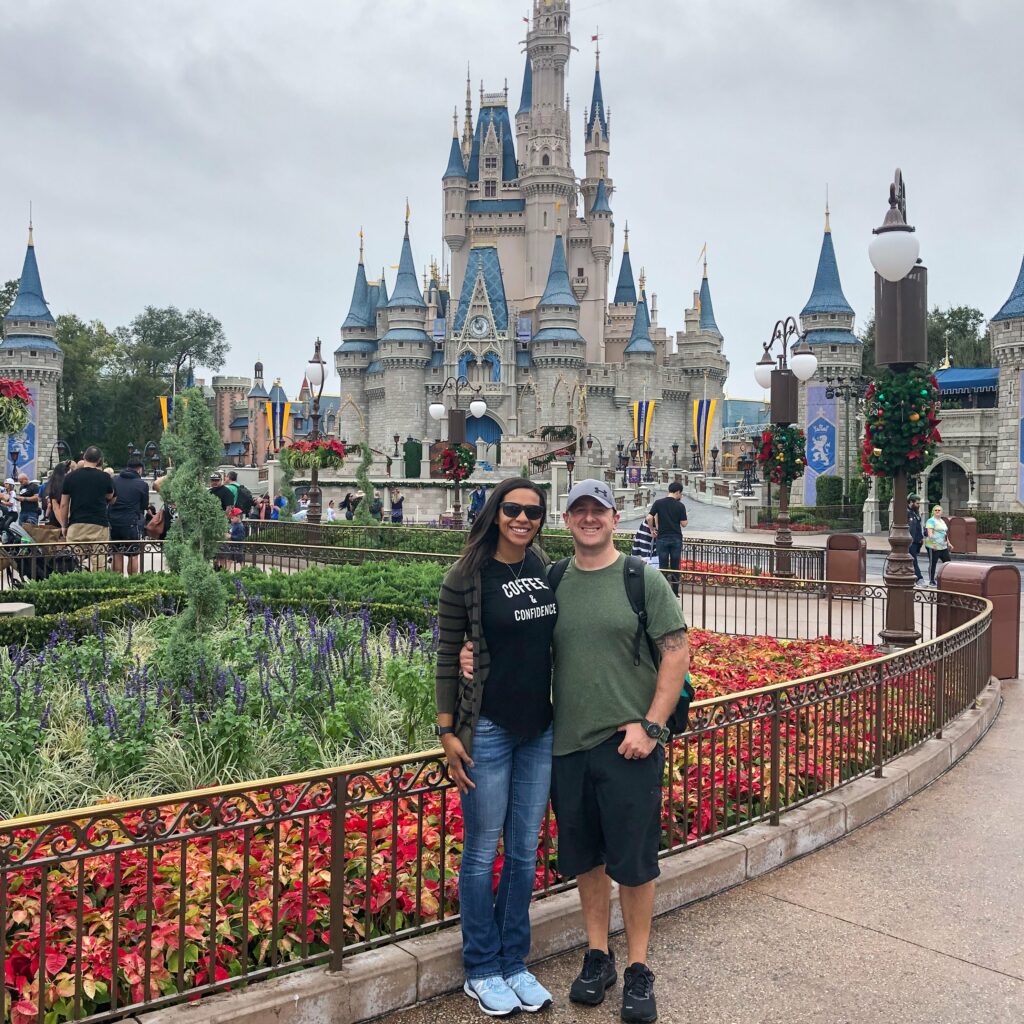 We spent 2 nights at a Fairfield Inn – not super glamorous of a hotel, but super free since it was booked solely on Marriott points.

My little brother happened to be on the other side of the state for a wedding and we were able to drive over there for a few days and hang out with him when he wasn’t busy with the festivities. We did end up spending $50 on the hotel we stayed at because we didn’t have enough points to fully cover it… but $50 for a 3 night stay isn’t bad!

We stayed at the DoubleTree – bonus perk: free warm cookies at the front desk any time you want! 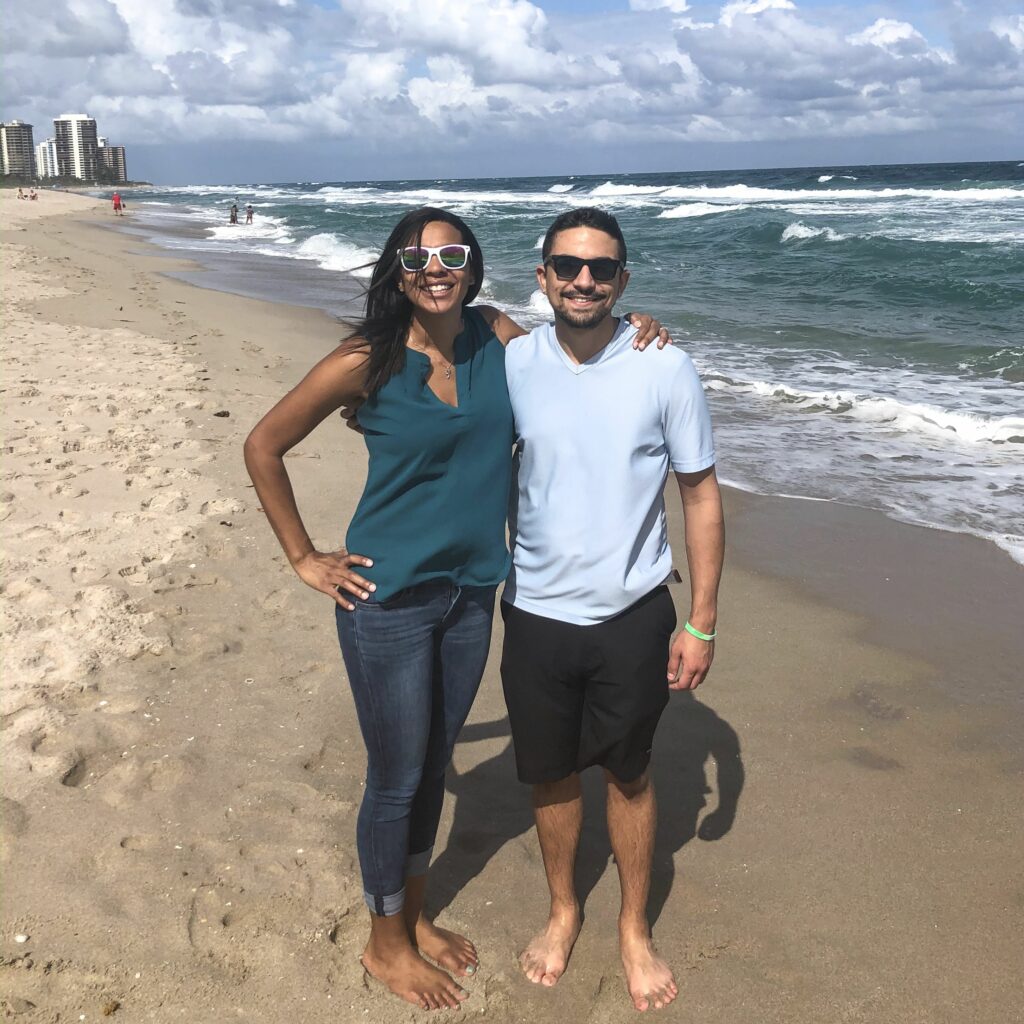 Another example of a wedding that I would’ve normally said no to. A dear friend was renewing his vows and I wanted to go, but it was on the other side of the country. I used points to cover one of the plane tickets, making the trip a lot easier to make! 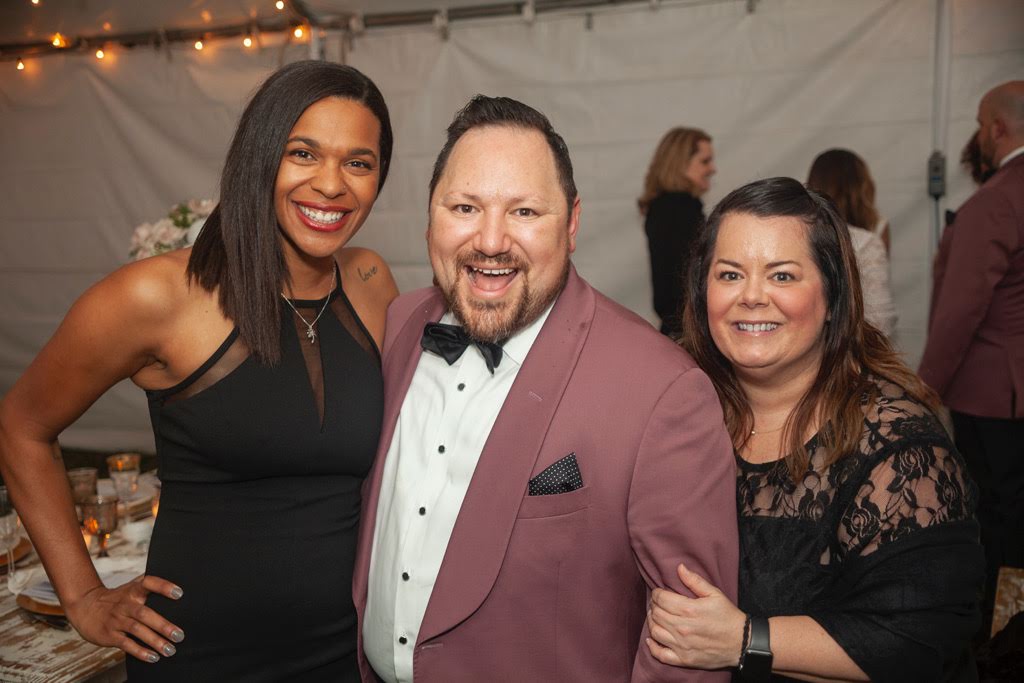 Bonus perk - Travel Hacking allows us to be more generous

If you’ve been following us for a while, you know that we love to give. Travel hacking has allowed us to do that more than we ever thought possible, whether that be flying someone down to visit or paying for our family’s hotel room in San Francisco. There’s something pretty fulfilling about being able to call and say “hey don’t worry, we’ve got that taken care of for you.”

Looking back, it’s pretty awesome to see the amount that we’ve saved just by using our credit cards responsibly and being strategic in the process!

All of this is not to say that we aren’t spending any money when we travel. We definitely are, but travel hacking allows us to be more purposeful on the things that we want to spend the money on – which to be honest is usually food, but we also love a good experience. For instance, being in San Francisco, we probably would’ve skipped out on going to tour Alcatraz, which was $75 – but because we paid nothing in our flights and hotels, it made it much easier to part with the money. We even bought tickets for the people that were with us to go as well.

We have a fund that we put $200/month in so that we can use it for travel costs, making for some pretty epic vacations.

Do you travel hack? We’d love to hear about your experiences!